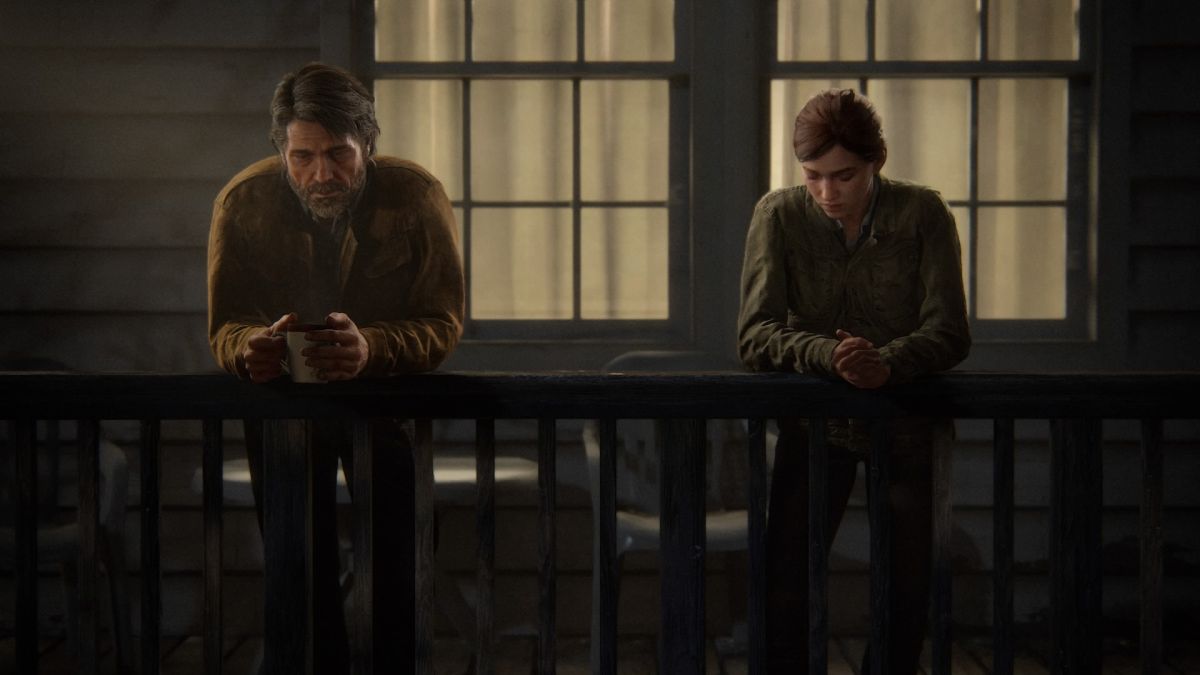 The Last of Us Part II – Ending the Cycle

The Last of Us Part I remains one of my favorite video games ever. It demonstrates the potential for compassion in people and the ugliness of their desperation. In this world people are dangerous, being vulnerable is deadly, trust can be destructive. The opening sequences of Part II showed the consequences of being a good person in this world.

I have my problems with Part II. However, the issues I have with the game are minimal compared to the overall experience. It was harrowing and exhausting. I won't be playing through it again any time soon if ever. Boiled down, my issues are the drastic changes between the characters we knew in Part 1 and how they are portrayed in Part II. The main, of course, being Joel.

Before I dive into my issues with the game, I would like to write about the parts I enjoyed. Maybe enjoyed is the wrong word, the parts I found interesting:

Too often people create a picture of the ideal world after the credits roll. The challenges are over, therefore, the characters will never again encounter any problems, pie in the sky storytelling. I was glad to see the struggles Ellie and Joel's relationship had post Part I. It felt human, it felt real. These struggles ultimately make the ending 'cathartic' scene more like a dagger in my side knowing how long the two were apart. The Last of Us as a series isn't about feeling good, quite the opposite. Ellie choosing to cut Joel out of her life then losing him immediately after offering an olive branch is the true reason for her revenge mission. Abby not only took Joel from her, she took away any chance she had at true forgiveness.

I'm always interested in the people outside the main characters in the story world. Creating outsiders or hints of outsiders makes the world feel larger and alive. In Part I there were survivors, the Fireflies, people living in the QZ, and remnants of groups the player discovers through their journey. I was excited to dive into the two main groups and learn about their interactions. I think the Seraphite's back story was more interesting and was a little disappointed that I didn't get to spend more time with the group.

Yara and Lev's story really struck me. Your family disowning you because of who you are, especially when it comes to religion is something that hits close to home for me. I'm not transsexual but I do come from a extremely religious family and I don't prescribe to those beliefs. It hurts. The bond between Lev and Yara was special, and it was nice to see such a strong sibling bond that transcended family beliefs.

Most of the time I didn't enjoy playing as Abby. I was disappointed with parts of the game but let me be clear, just because I didn't like what I played does not make it bad. When I started Abby's side of the story, I ran through the levels as fast as I could (died a lot too because of hard mode). This is not the way to play the game and I was punished. I missed collectibles and journals, which I really enjoyed. To be honest, the chapter she returns to the trailer to pick up Yara and Lev I started to get behind her and simply enjoyed her character for who she was.

Life is hard, full of difficult choices. Often luck outweighs skill in the world of The Last of Us. Life is fleeting and can end at any moment. Joel's death was surrounded by bad choices that I felt didn't match his character, at least from part 1. Part 1 Joel wouldn't help someone he didn't know. He wouldn't tell them his name, or promise them supplies. He would be suspicious, careful, and protective of his family. Seeing this transition was jarring, especially after replaying part 1 so recently. I don't mind that he died. Too often I believe storytellers are afraid to make difficult choices like this and avoid it all together. I applaud Naughty Dog for having the guts to make a decision like this. However, I wished it was handled differently.

Revenge on this scale is hard to relate to. I've never experienced a loved one murdered, let alone right in front of my eyes, so Ellie's feelings were a little foreign. I would have preferred to see Joel captured instead. The rest of the game would play very similarly, Tommy immediately runs after Joel while Ellie prepares to sneak away. Dina tags along and Jessie follows. Ellie tears through Seattle, gathering info on Abby and Joel, taking out people along the way. She learns of Joel's whereabouts, he's malnourished and tortured nearly to death. Or perhaps he escapes on his own and in the end sacrifices himself to save his family. But that's just me wishing.

I was happy to see Ellie decide to rebuild their relationship in the end. Of course it's sad they missed a lot of time together and never had the opportunity to fully restore their bond, but Joel knew she cared for him and she knew Joel would do anything for her. I think it hurt because ND made us care so much for these characters through the first game. The birthday flashback was a gift and in the end, Joel had one last great cup of coffee.